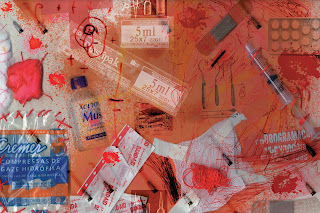 I was reading this article today Campaigners say the young don't know enough about HIV on BBC Newsbeat. This is a key concern for myself in my work and not something that should be quickly ignored. From my experience awareness of HIV is dropping, even in just the 5 years I have been teaching on HIV. I talked about this in a blog post in February. Young people really don't seem to have a decent level of understanding they mistakes and myths they believe have two dangerous consequences.

Stigmatization of HIV+ population continues. It is the simple everyday myths that can do the most harm. "HIV can be passed by sharing cutlery/cups/bathroom/holding hands". When people think HIV is infectious like the common cold they get scared, combined with fears of AIDS being terminal this fear turns to stigmatization. Pushing HIV+ people (or suspected HIV+) away from mainstream society. As levels of awareness remain low then communities will continue to suffer this fate. We need to keep educating young people to prevent the persecution of groups and individuals.

At the other end of the spectrum low awareness of how people can be infected with HIV leads to people taking dangerous risks. For example I have worked with young people who did not think that you could catch HIV from a female. They believed females could catch it but not pass on HIV. Others thought that you could only catch HIV if you were gay. So males and females take risks with sexual partners. The most common misunderstanding I encounter is that HIV can be cured. All the good news in the press about new treatments get mixed up in peoples heads so that they think if they caught HIV they can just be cured. This reduces their likelihood of using a condom.

Conclusion
To tackle the lack of awareness amongst young people will take a coordinated approach between multiple agencies to provide a consistent message across platforms. Online, at school, in the media and at home. The consequences if we don't are just too severe.